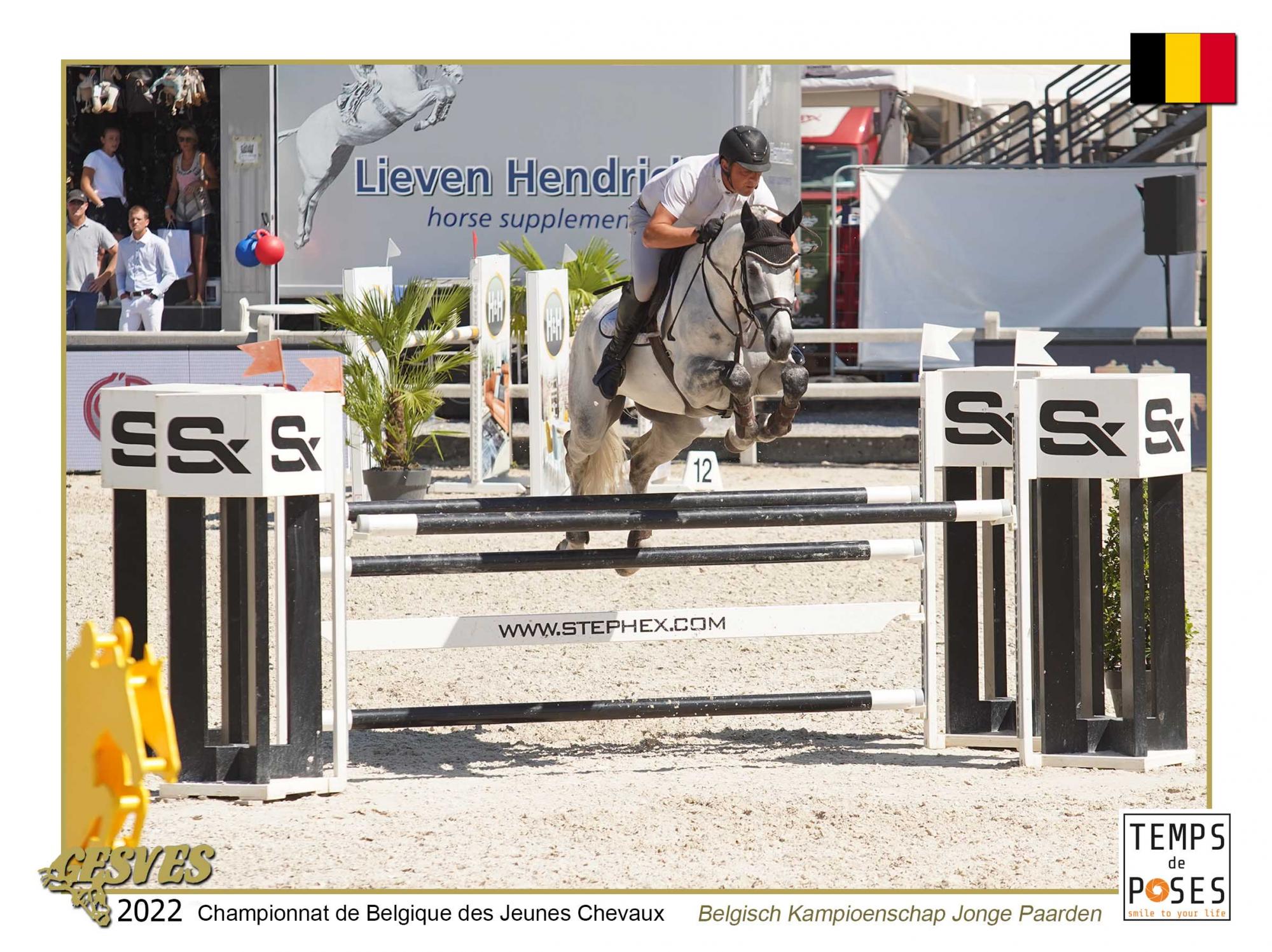 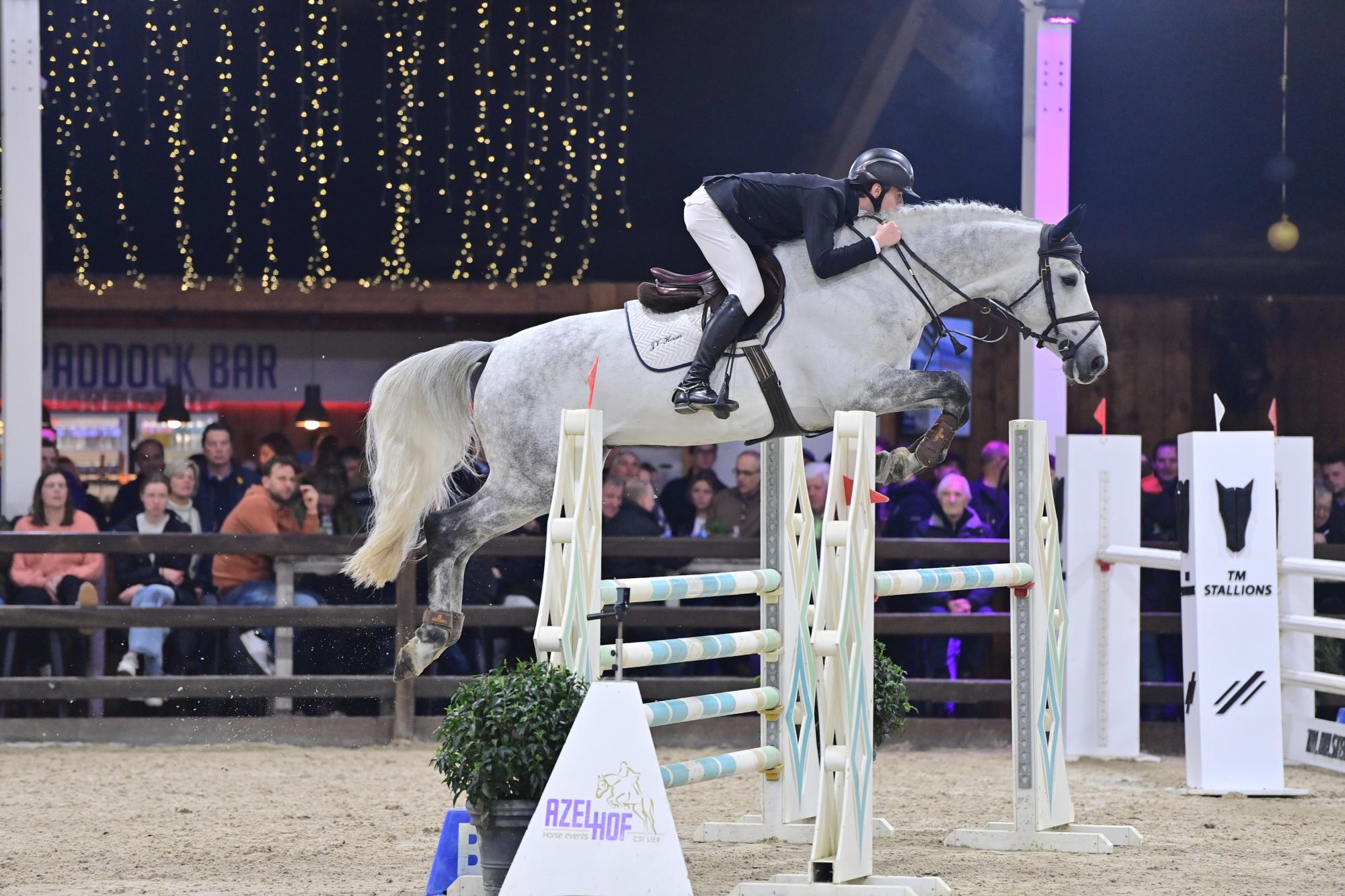 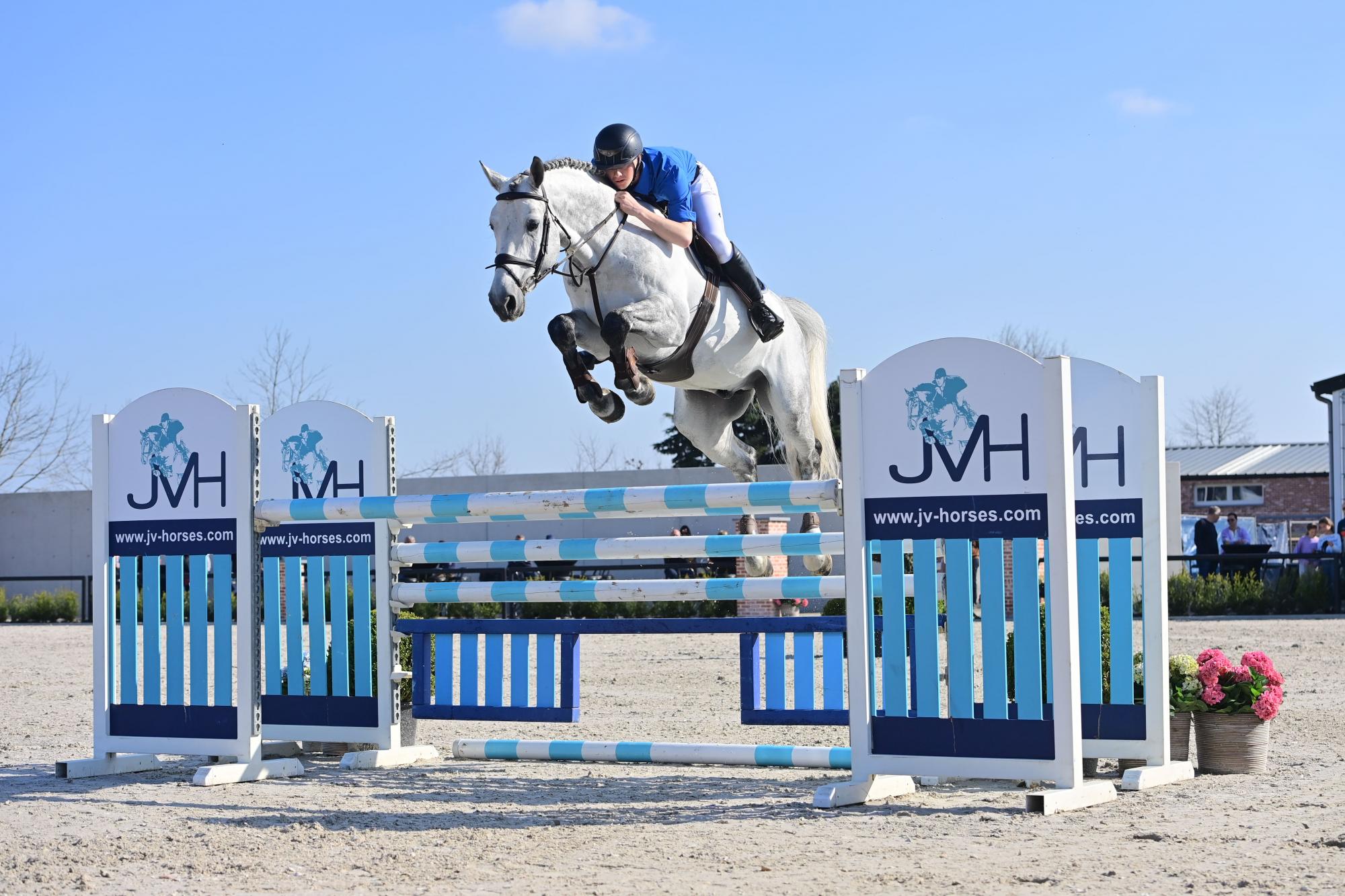 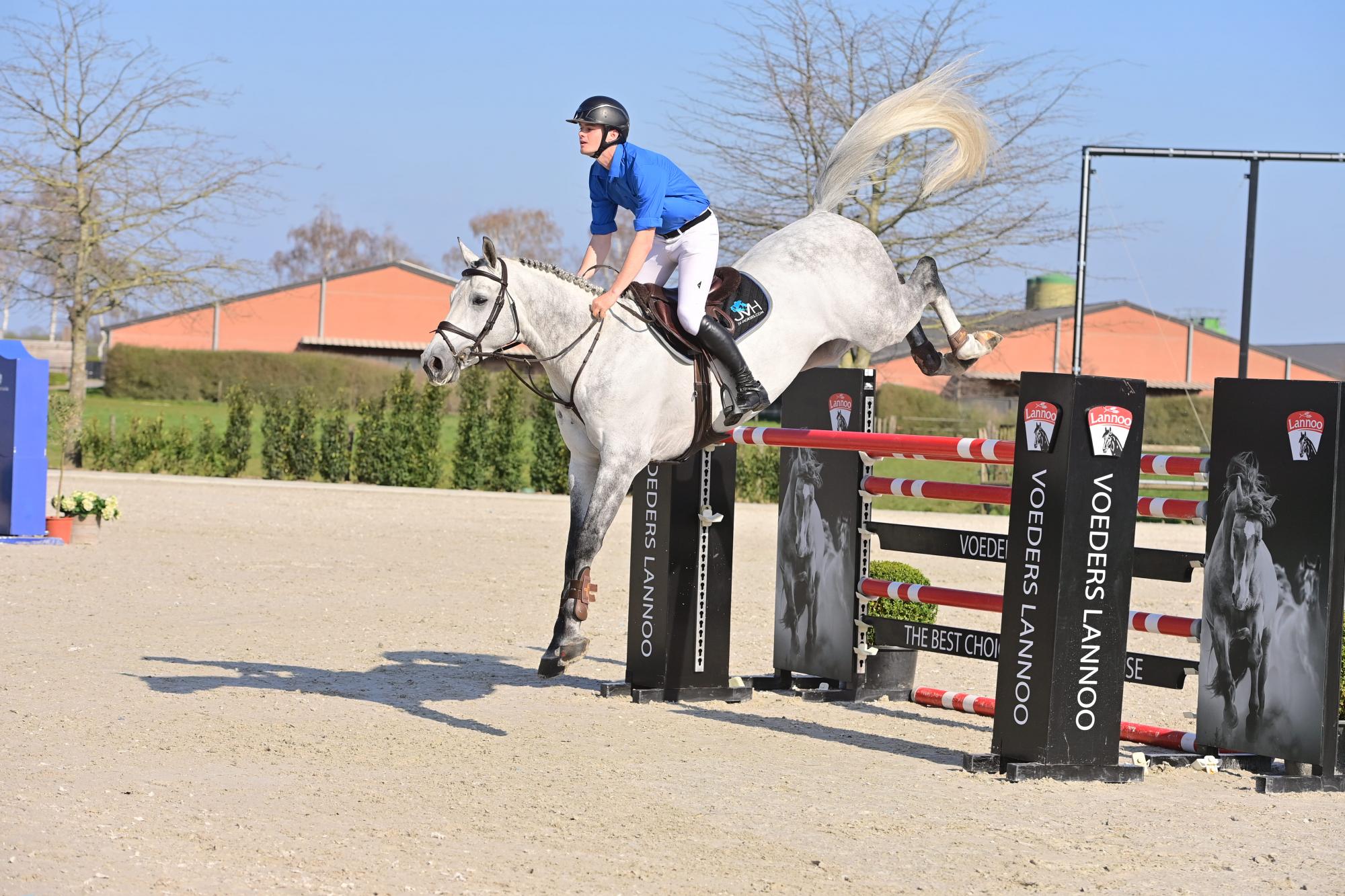 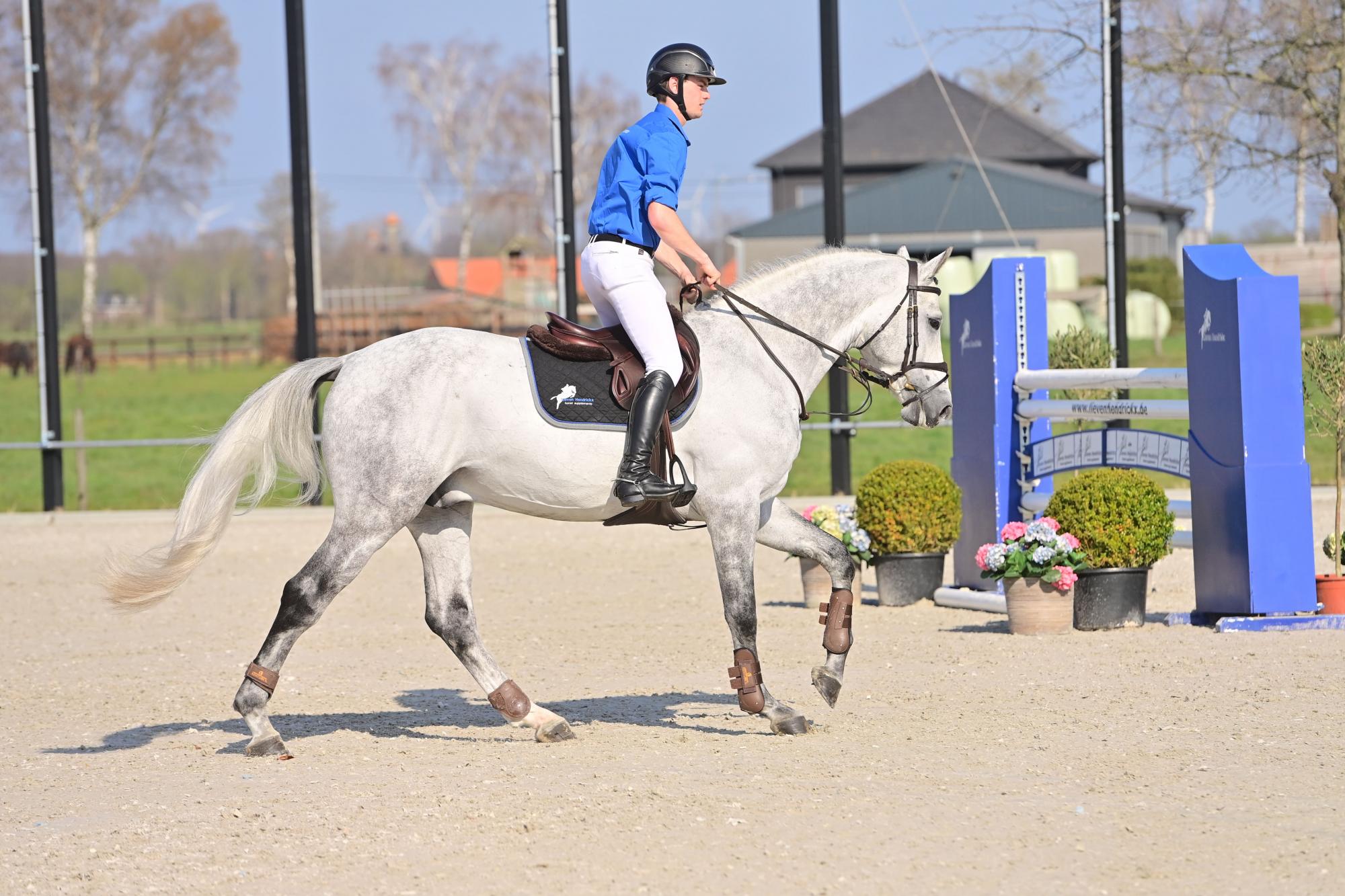 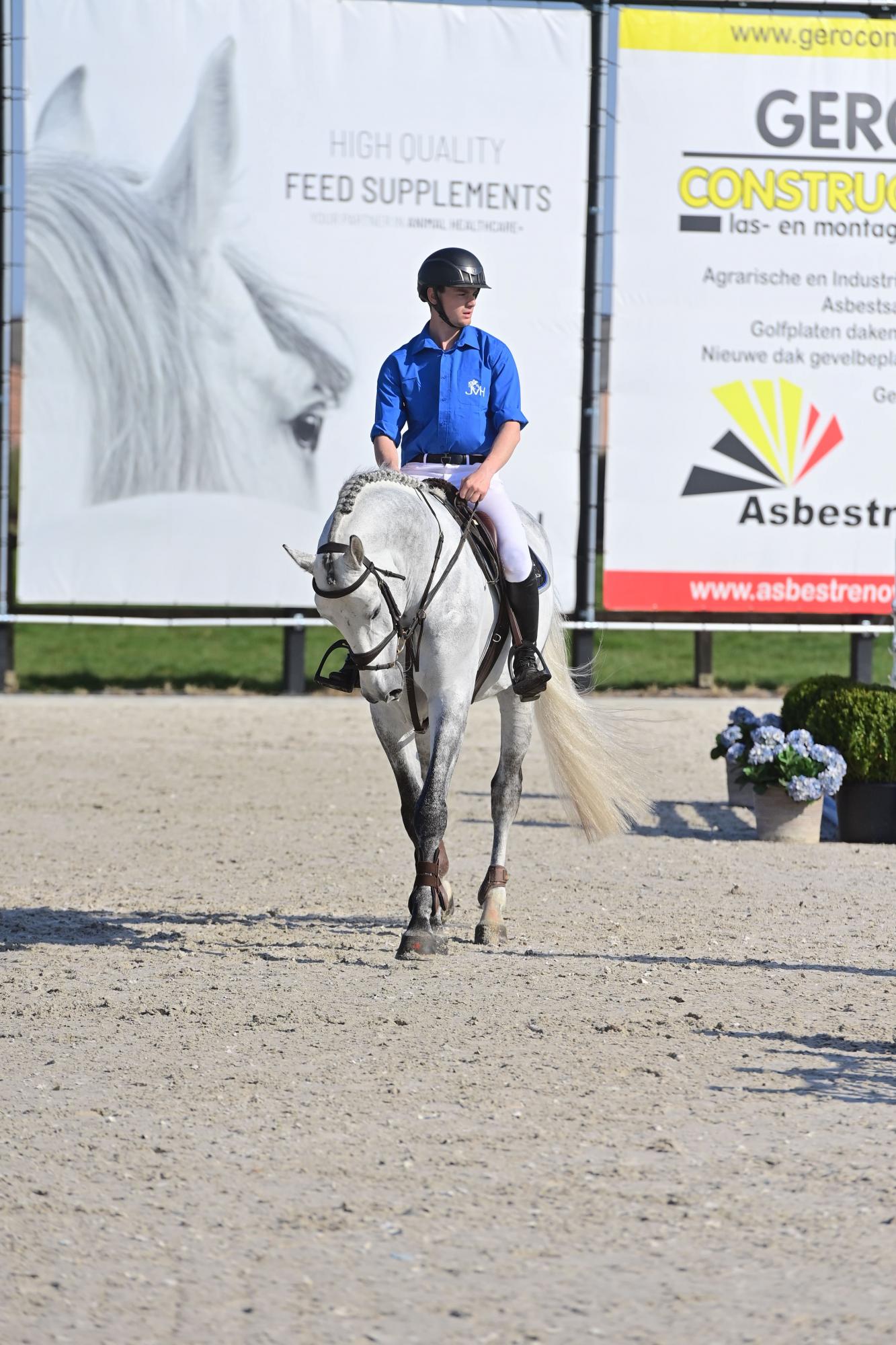 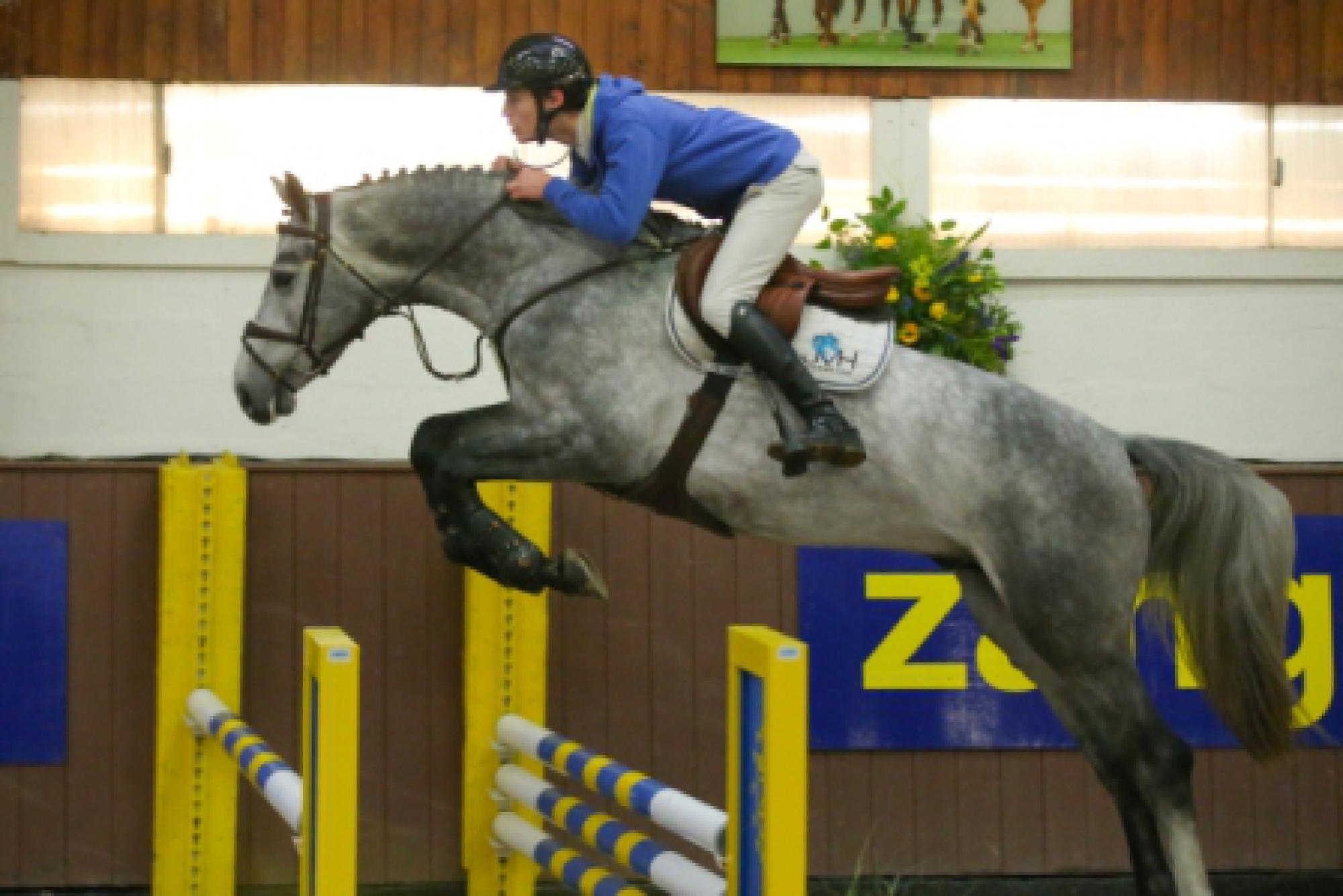 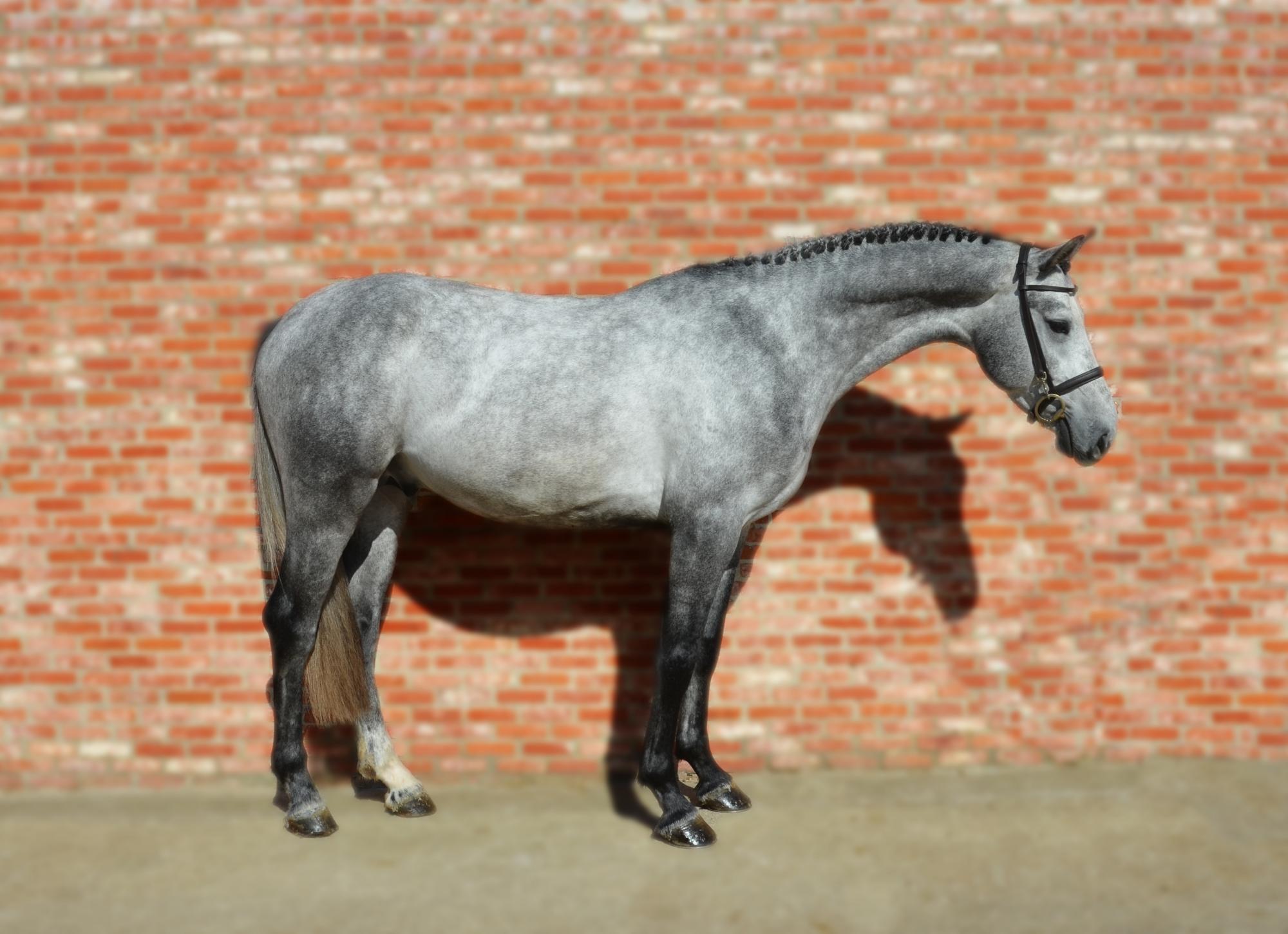 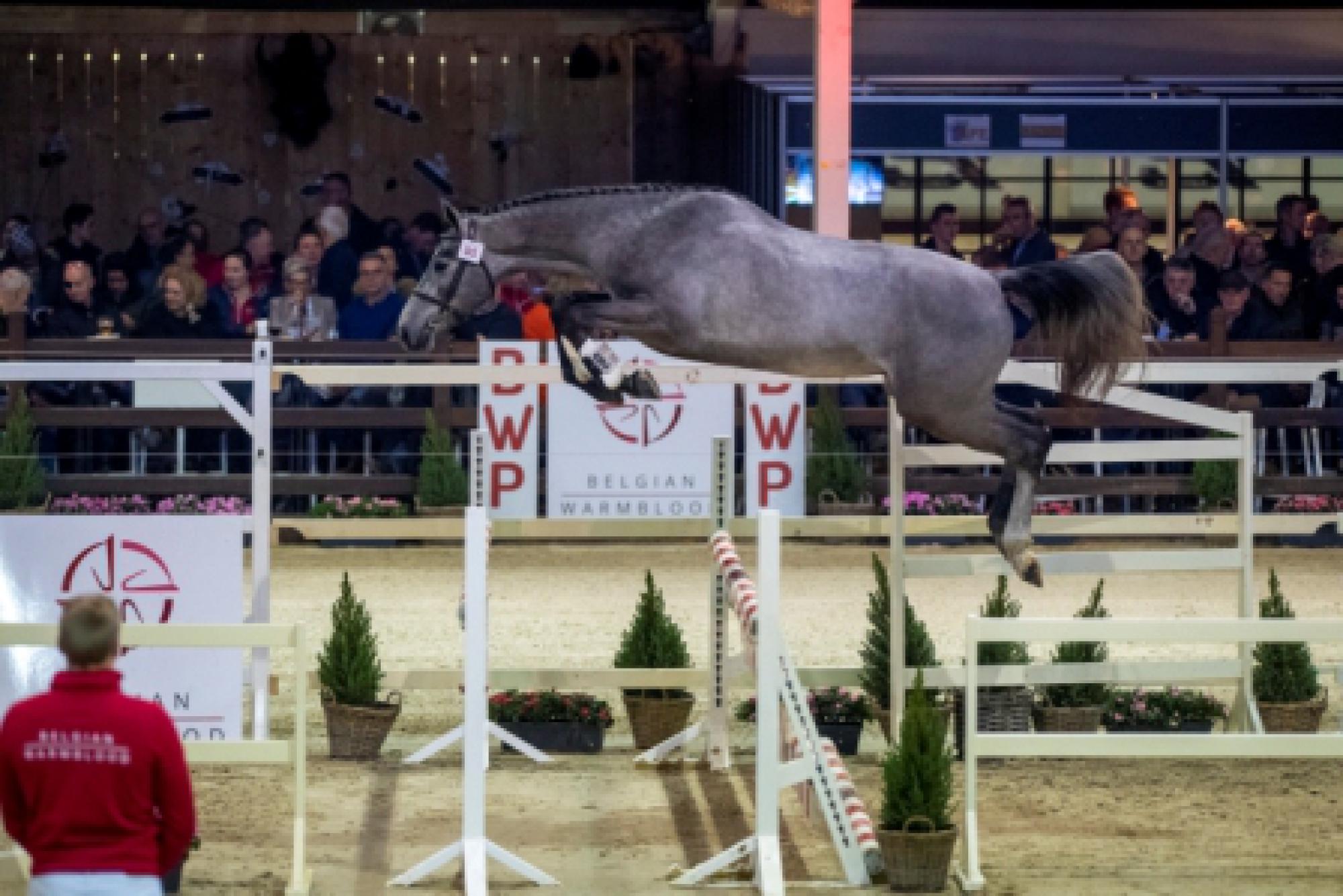 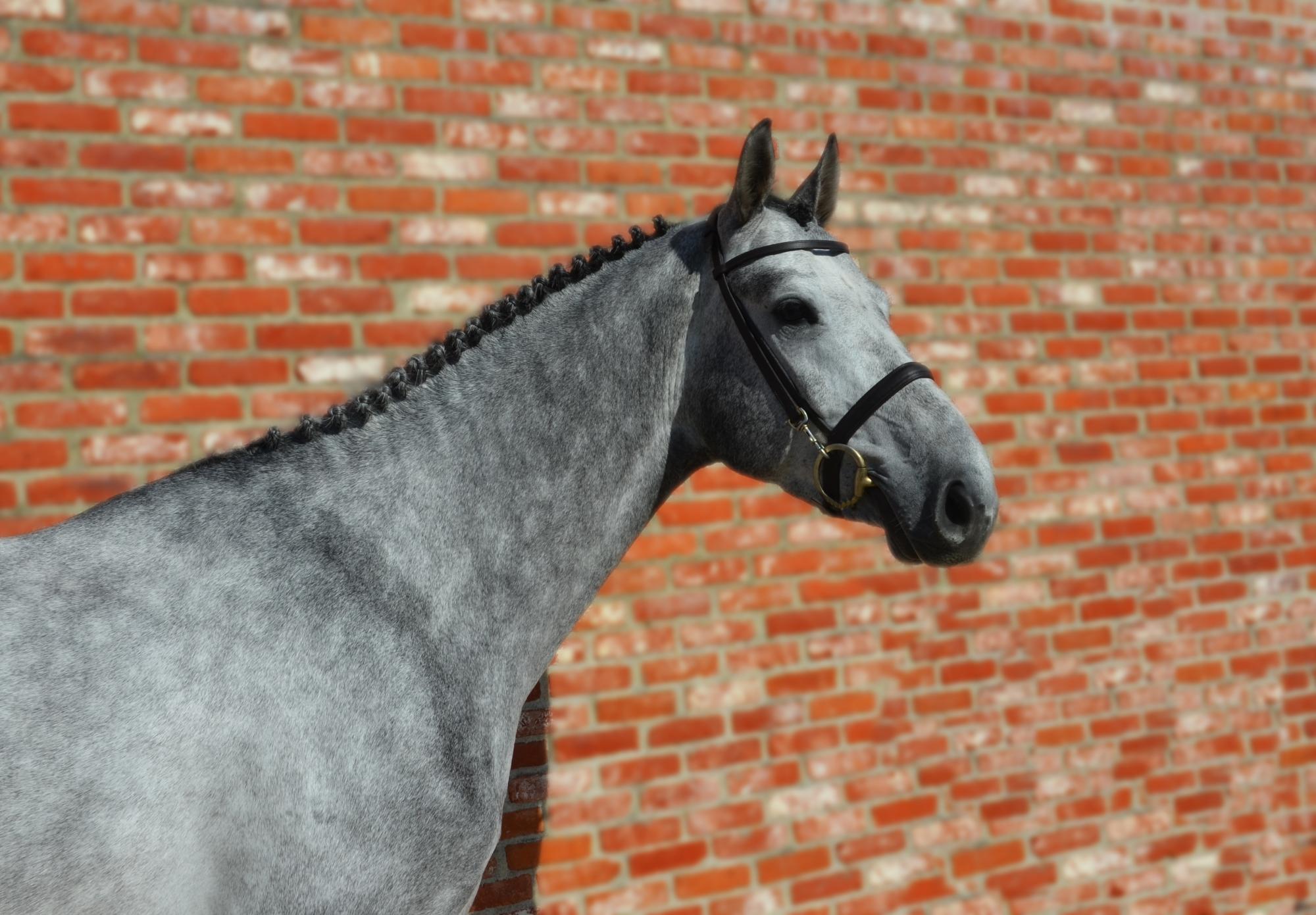 Chouchou JVH Z is a son of our own Cigaret JVH Z.

Cigaret JVH Z itself performs excellently in sport up to 1.60m level. As a young stallion he showed himself to be an exceptional talent and several times he jumped into the spotlight at various championships. Since March 2018, this crack has been released at an international level with Olivier Philippaerts, and this is not without success. Cigaret JVH Z immediately proved his quality and winning mentality in the Sires of The World in Lanaken 2018, where he became vice-champion.

The first foal of Flashdance vd Vlasbloem hoeve was the approved stallion Il Mio van 't Eigenlo who was ridden by Klaus Otte-Wiese (DEU) and Bart Bles (NLD). From the grandmother, Utopia van Vlasbloemhoeve, from Chouchou JVH Z, we find Joker van de Vlasbloemhoeve who ran at 1.60m level with Niels Bruynseels and is still successfully active in the sport.

Chouchou is just starting his jumping career under the saddle of Robin van Thillo. The light, elastic stallion impresses the crowd with its presence and reflex on the jump.

Chouchou JVH Z is certainly a talented young stallion to keep an eye on. 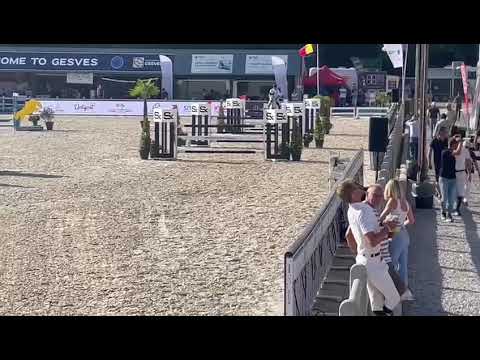 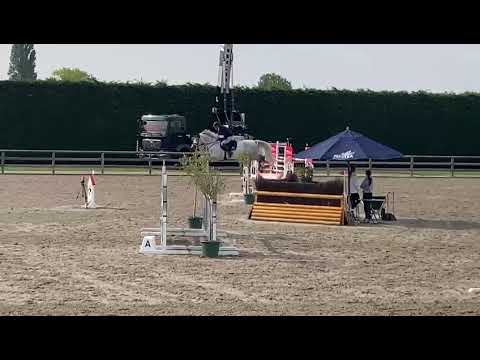 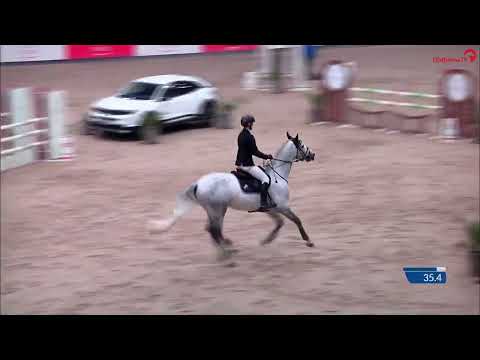 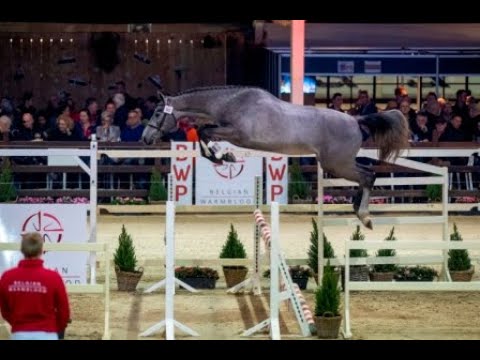 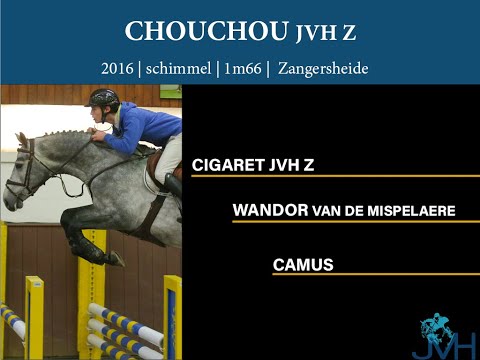